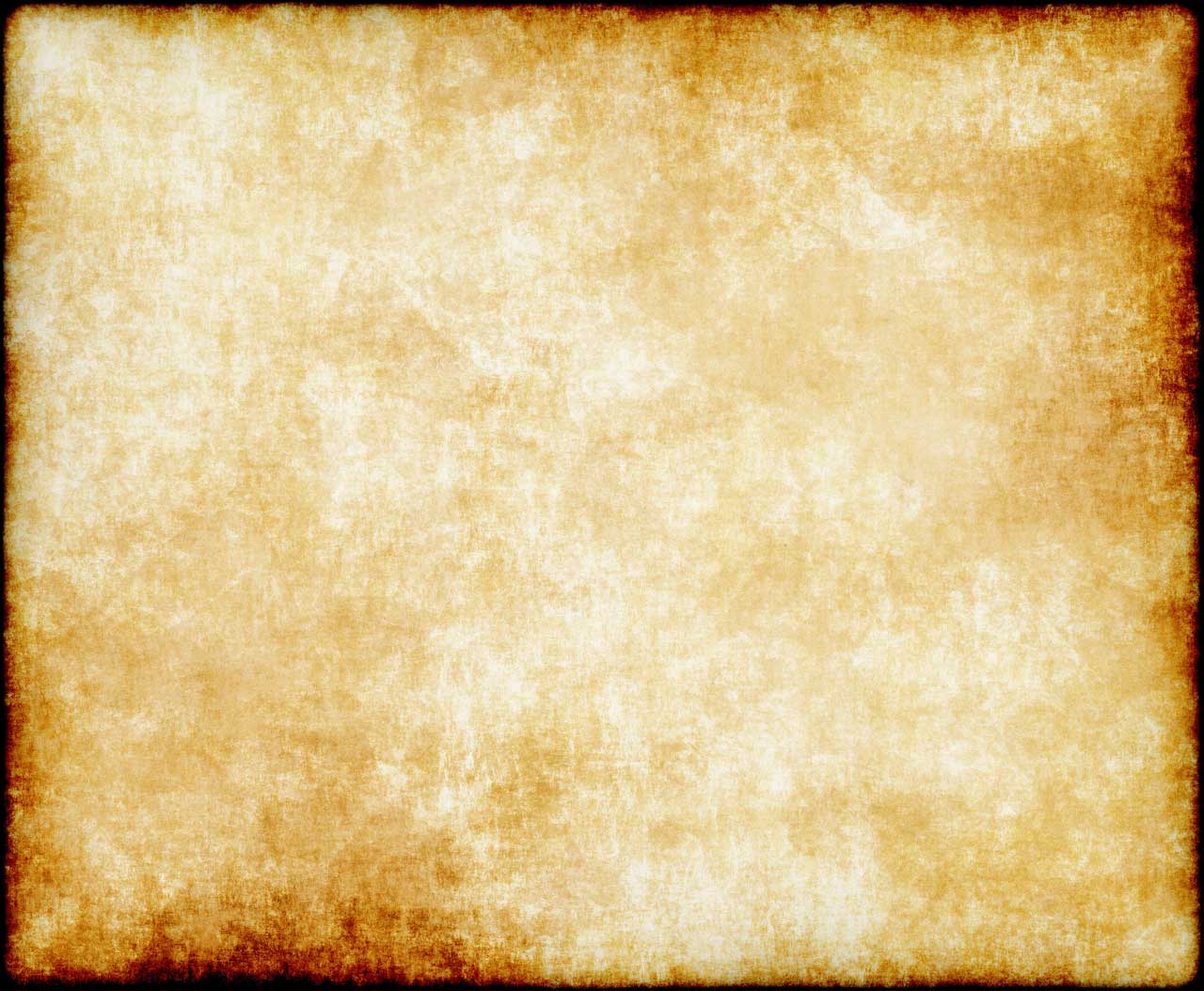 
Note: Titles in the following annotated bibliography are listed in alphabetical order by author and not by order of preference. Also, readers should understand that some of the titles cited are not the "modern" editions currently available.


Blevins,Winfred. Give Your Heart to the Hawks: A Tribute to the Mountain Men. Los Angeles, California: Nash Publishing, 1973.

This is neither a historical novel nor a strict academic history. Blevins interprets stories of what mountain men experienced in an accurate, but readable manner. The author intended the book as tribute to the mountain man and brings their adventurous existence to life. While not a comprehensive account, brief biographies include John Colter, Jim Bridger and Jedediah Smith. Between the various chapters on specific mountain men, are interludes detailing important aspects of trapper life.

Originally published in 1947 and winner of the Pulitzer Prize, Across the Wide Missouri is an easy-to-read book by popular historian Bernard De Voto. He examines the rise and fall of the fur trade in the American West in the 1830s, chronicling the competition between John Jacob Astor's American Fur Company and the Rocky Mountain Fur Company, an "opposition" group of trappers descended from the earlier trapping activities of William H. Ashley. The story of the major expeditions and the daily experiences of these companies, which scoured the northernmost regions of the Rocky Mountains for beaver, are told in a very readable style. He includes a detailed description of the "rendezvous."


Ferris, Warren Angus and Leroy R. Hafen, Editor. Life in the Rocky Mountain: A Diary of Wanderings on the Sources of the Rivers Missouri, Columbia and Colorado from February, 1830 to November, 1835. Denver, Colorado: F.A. Rosenstock, Old West Publishing Company, 1940.

Ferris joined the American Fur Company in 1830 at the age of nineteen. This is his journal of his time in the Rocky Mountains from 1830-1835. He describes the daily life experiences of the typical trapper including going to rendezvous, hunting, encounters with the forces of nature, starving times and more. He was at the Battle of Pierre's Hole and was one of the first to give details of the Yellowstone area's geysers. Ferris provides early ethnological notes on many different Indian tribes of the region including their customs, cultures and habits. Many historians cite Ferris in documenting fur trade events.


Francis, Brenda D. and Gowans, Fred R., Editor. The Fur Trade and Rendezvous of the Green River Valley. Pinedale, WY: The Sublette County Historical Society and the Museum of the Mountain Man, 2005. (See also other annual journals of the MMM.)

This book examines the history of the fur trade and many of the individuals who plied that unpredictable and sometimes fatal business. It focuses on Wyoming's Green River Valley, at the base of the Wind River Mountains, a region that hosted six of the last eight rendezvous. The beaver-rich Green River was a center of the mountain fur trade and saw a who's who of trappers and traders.

An excellent book for mountain-man enthusiasts, Rocky Mountain Rendezvous focuses on the fur-trading rendezvous that took place during the summers from 1825-1840 in the Central Rocky Mountains. The history is compiled from sixteen first-hand accounts of rendezvous in which scientists, artists, military personnel, government explorers, and missionaries tell their stories. The book combines these various primary source extracts with Gowans' own research, maps that pinpoint the location of each rendezvous, and photos depicting the site in modern times.

While not quite as accurate as Laycock's work, this volume presents an amazing collection of old and new illustrations and photographs, many in color. It is recommended for those new to the time period because of the strong visual component. The book provides information supported by many quality images.

Rocky Mountain fur trappers are presented visually in this volume with enough detail to make it interesting. Laycock covers a myriad of aspects regarding the life of these adventurous mountaineers in a relatively condensed version. It is an easy read, lots of color photos and illustrations and with accuracy. A few brief biographies of some of the famous mountain men such as Jim Bridger and John Colter are included. This book describes how the trappers applied their trade and the hardships they faced doing it.

This collection of selected journal entries, newspaper articles and books, most only a page or two long, examines the culture and folklore of the mountain men and the world in which they lived. It describes everything from trapping techniques, encounters with grizzlies, descriptions of giant herds of buffalo, Indian fights, sources of food, surgery on the trail, river crossings - in short, a mélange of excerpts about the rendezvous and the trapper's way of life in the early 1800s.

This is a biography of William Drummond Stewart, a wealthy Scotsman who came to the American West for adventure. His historic travels throughout the Rocky Mountains during the fur trade era for eight years provide a unique look at trappers, traders and Native Americans. He was a man of three worlds with trusted friends in each realm: he hobnobbed with European aristocracy, became a trail companion to rugged mountain men and shared a campfire with notable Indian personages.


Ray, Arthur. Indians in the Fur Trade: Their Role as Trappers, Hunters and Middlemen in the Lands Southwest of Hudson Bay 1660-1870. Toronto, Canada: University of Toronto Press, 1974.

The book focuses on trade relations between the Cree and Assiniboine Indians of Canada and the French and English traders of the Hudson's Bay Company. The author discusses wildlife and the ecology of the Canadian plains and Rockies and details trade items most popular with the Indians along with their prices in beaver pelts. An in-depth section of the book concerns the role of firearms versus bows and arrows in Native American culture. This is a scholarly history that uses the Hudson's Bay Company archives and hard-to-find sources to present the story of the Indian's role as hunter, trapper and middleman in the Canadian fur trade.

This is the story of the role that Native American tribes played in the fur trade. It begins with a general discussion of Indian cultures and the development of the fur trade in Canada and the United States. The authors frame many of their examples around the year 1833, a pinnacle of fur trade activity, describing tribal influences in various regions of the continent and the impact the industry had on local tribes.

Alfred Jacob Miller went to the Rocky Mountains in 1837. He had been hired by William Drummond Stewart to capture scenes of the adventurous trip on canvas. Miller's art provides the only images from an actual rendezvous and are considered the finest historic record of life in the Far West. Most of the over 200 paintings reproduced in the book are accompanied by notes Miller made to explain what is happening in the picture, creating an invaluable resource by the only artist who attended a rendezvous.

This is an in-depth examination of the equipment used by trappers and fur traders. It is a unique reference work that describes and discusses hundreds of iron artifacts - rifles, shotguns, hatchets, axes, knives, traps, and miscellaneous tools - used by the mountain men from the early 1800s to the mid 1840s. Thirty years' research went into the writing of this book. Illustrated with over 400 drawings, the book begins with a useful background history of the western fur trade.


Russell, Osborne. Haines, Aubrey L. and Kennedy, Lawton, Editors. Osborne Russell's Journal of a Trapper or Nine Years in the Rocky Mountains 1834-1843. Edited from the original manuscript in the William Robertson Coe Collection of Western Americana in the Yale University Library. Portland, Oregon: Published for the Oregon Historical Society by Champeog Press, 1955.

Osborne Russell spent eight years as a trapper in the employ of a number of fur companies before becoming an independent trapper working out of Fort Hall. He began keeping a journal when he first went to the mountains with Nathaniel Wyeth's expedition of 1834. Russell was an acute observer and describes his travels accurately. Maps are included, created by the editor, that illustrate Russell's wanderings. Russell's book is a major source of information for life in the Rockies during the fur trade as he presents the routines of life as a trapper, including attendance at six rendezvous.

The author presents the trader's view of Native Americans using the writings of men such as Alexander Mackenzie and Peter Skene Ogden. A vast collection of source material was used in an attempt to dispel several stereotypical ideas about Indians and their involvement with the fur trade.

This classic novel of the fur trade era was written by William Drummond Stewart, a European aristocrat who traveled in the west for adventurous sport. His style is somewhat verbose and often difficult to follow and comprehend, but the story is based on true events during the fur trade era. Though not well-written, the authenticity of his experiences and observations make it uniquely valuable.

Alfred Jacob Miller was the only artist to journey into the Rocky Mountains, as the commissioned artist for William Drummond Stewart, and produced over a hundred watercolors and pen-and-ink drawings documenting the course of the expedition and the sights seen there. Sentimental Journey captures Miller's historic observations and art. Strong examines Miller's method for creating western scenes that suited the specific needs and interests of local American audiences and his benefactor, Stewart. She also explores how Miller's paintings helped promote a vision of Scottish aristocratic identity while capturing Rocky Mountain fur trade history at the same time.