The Art of Alfred Jacob Miller 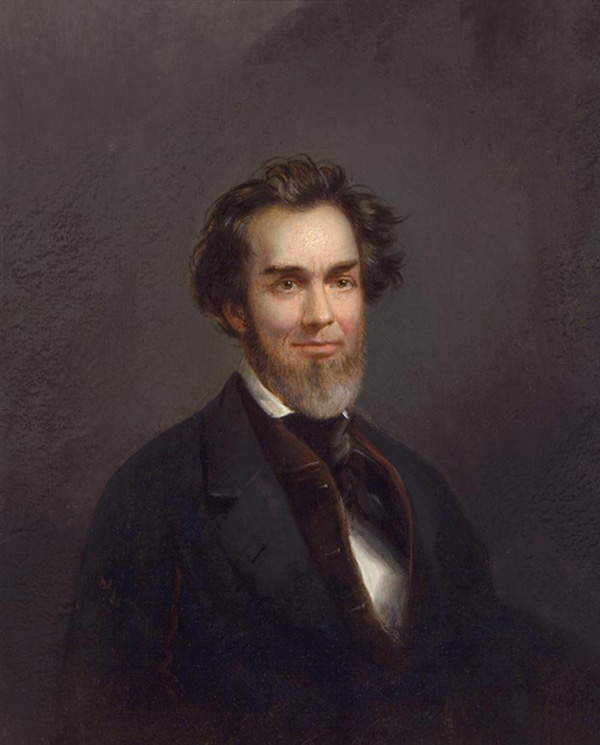 Compared to Photographs of Fremont Peak 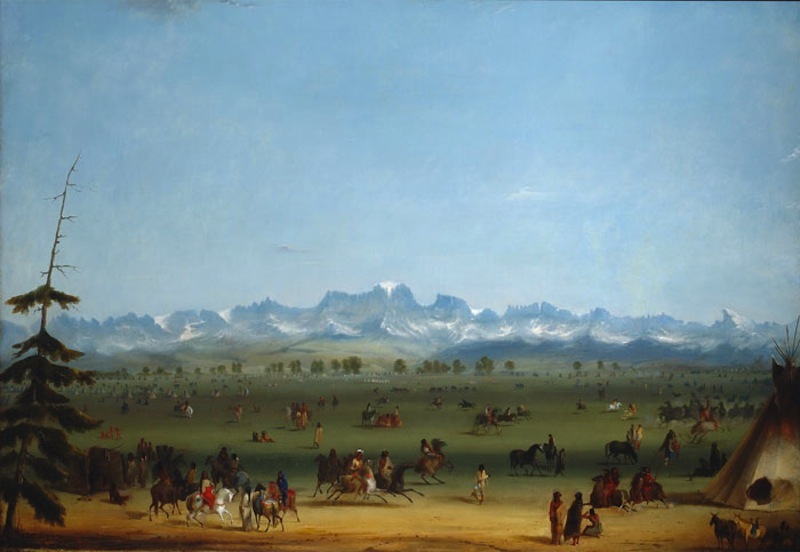 Lest there be any lingering doubts about Alfred J. Miller's central mountain feature in his popular 1837 painting Rendezvous at Green River, a comparison with modern photographs taken from slightly differing positions show it has a strong resemblance to Fremont Peak. Miller's viewing direction would have been roughly NE at a distance of 25 miles. The width of his landscape is approximately 15 miles. His position was between 7,200 and 7.500 feet elevation while the top of Fremont Peak is at 13,745 feet. Although both the Rendezvous foreground scene and the most of the background mountains are hypothetical, the central mountain feature is surely Fremont Peak.

As a skilled artist Miller enhanced his depiction of Fremont Peak by exaggerating its height relative to other distinctive neighboring peaks and valleys in a horizontal range of 3 ½ miles. By comparing vertical and horizontal distances it appears that Miller has added around 75% to the height of Fremont Peak above its nearest valley. To the north and south of Miller's accurate central profile, his view of the mountains changes to imaginary and any attempt at close resemblance is dropped. At the same time, however, Miller presents a good view of the western foot hills and flat terrain in the foreground.

Apart from using classical vertical exaggeration to highlight the dominant peak, Miller also used a technique of deliberately sloping the profile of the mountain range from low on both edges of the 15 mile wide scene to highest at Fremont Peak. The viewer's eye is led geometrically on left and right slopes of 7° up to the central feature. 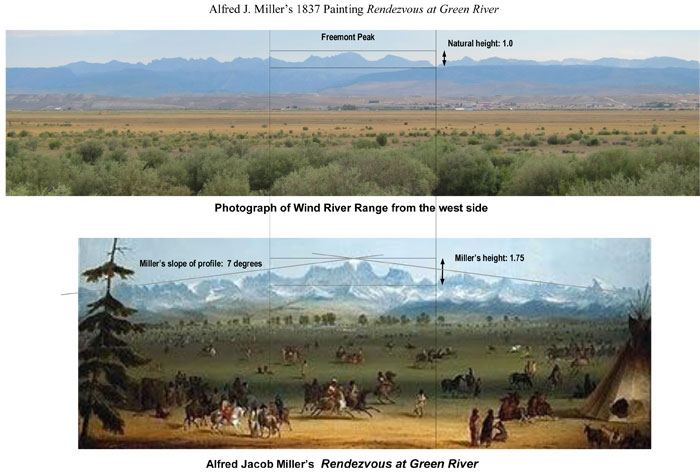 Rendezvous at Green River provides not only a fine view of a typical rendezvous site, it may also show us an important historical climate situation. In two places, Fremont Peak and another ridge 2 miles to the south, Miller went to the trouble of showing snow that likely lasted all year long and was therefore glacial. Given the high elevations over 12,000 feet and the "Little Ice Age" that was in decline by 1837, we may now be looking at Miller's evidence of generally colder conditions 200 years ago.

This comparison of Fremont Peak in Miller's painting and a digital camera view resulted from an excellent field trip into the area organized by the Museum of the Mountain Man in Pinedale, Wyoming, for participants at the 2012 Fur Trade Symposium, September 5 - 8. Photograph No. 1 was taken along Hwy. 352 between Cora and Hwy 19. The "Miller View" can also be seen on Google Earth using a tilt view between Trappers Point and Freemont Peak. 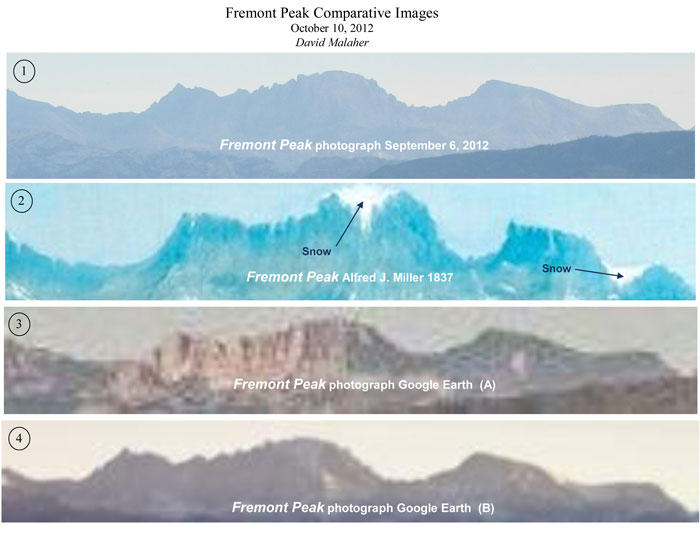 Some Current Sources of the Art of Alfred Jacob Miller 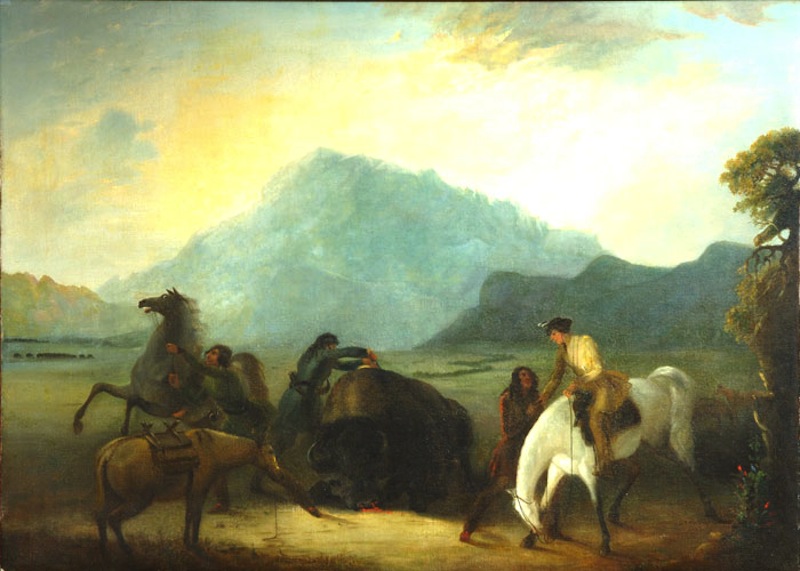